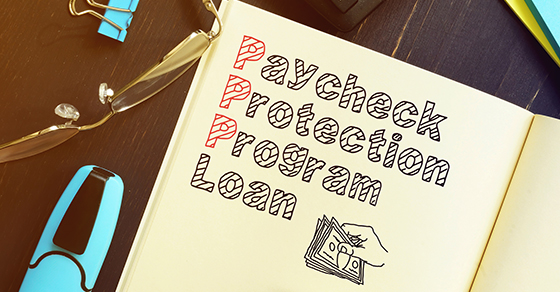 When the Small Business Administration (SBA) launched the Paycheck Protection Program (PPP) last year, the program’s stated objective was “to provide a direct incentive for small businesses to keep their workers on the payroll.” However, according to federal officials, the recently issued second round of funding has distributed only a small percentage of the $15 billion set aside for small businesses and low- to moderate-income “first-draw” borrowers.

In late February, the SBA, in cooperation with the Biden Administration, announced adjustments to the PPP aimed at “increasing access and much-needed aid to Main Street businesses that anchor our neighborhoods and help families build wealth,” according to SBA Senior Advisor Michael Roth.

1. Move the smallest businesses to the front of the line. The SBA has established a two-week exclusive application period for businesses and nonprofits with fewer than 20 employees. It began on February 24. The agency has reassured larger eligible companies that they’ll still have time to apply for and receive support before the program is set to expire on March 31.

2. Change the math. The loan calculation formula has been revised to focus on gross profits rather than net profits. The previous formula inadvertently excluded many sole proprietors, independent contractors and self-employed individuals.

3. Eliminate the non-fraud felony exclusion. Under the original PPP rules, a business was disqualified from funding if it was at least 20% owned by someone with either 1) an arrest or conviction for a felony related to financial assistance fraud in the previous five years, or 2) any other felony in the previous year. The new rules eliminate the one-year lookback for any kind of felony unless the applicant or owner is incarcerated at the time of application.

4. Eventually remove the student loan exclusion. Current rules prohibit PPP loans to any business that’s at least 20% owned by an individual who is delinquent or has defaulted on a federal debt, which includes federal student loans, within the previous seven years. The SBA intends to collaborate with the U.S. Departments of Treasury and Education to remove the student loan delinquency restriction to broaden PPP access.

5. Clarify loan eligibility for noncitizen small business. The CARES Act stipulates that any lawful U.S. resident can apply for a PPP loan. However, holders of Individual Taxpayer Identification Numbers (ITINs), such as Green Card holders and those in the United States on a visa, have been unable to consistently access the program. The SBA has committed to issuing new guidance to address this issue, which, in part, will state that otherwise eligible applicants can’t be denied PPP loans solely because they use ITINs when paying their taxes.

The PPP could evolve further as the year goes along, potentially as an indirect result of the COVID-19 relief bill currently making its way through Congress. Our firm can keep you updated on all aspects of the program, including the tax impact of loan proceeds.